NORA GIBSON
upcoming and past events 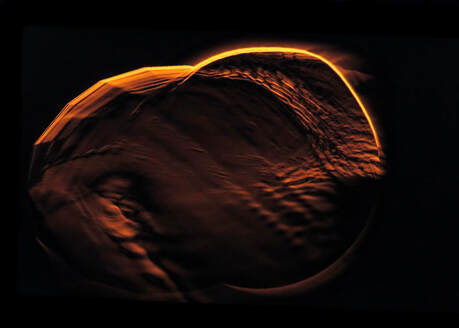 CHROMA is the alias for nora gibson when creating or performing visuals. Paired with Fixation sound design, "Chroma_Fixation" will be appearing with the newly formed philly av, this coming May 17 at the rotunda in west philadelphia, presented by bowerbird. stay tuned for updates on this exciting new collective that is the home for experimental multimedia work. 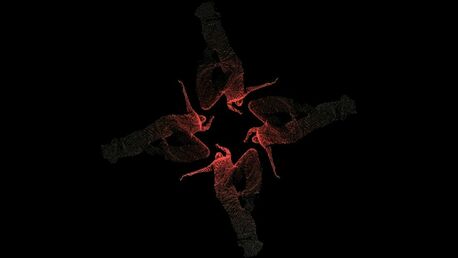 mandala
​
NGCB_v will be presented by the franklin institute at the fels planetarium april 26-27 at the star party after party. 10pm-1am (21+ older event) ticKETS FOR THIS EVENT HERE:
https://www.fi.edu/event/2019-04-26/star-party-after-party

mandala was created with the support of state arts funding support through a grant from the Pennsylvania Council on the Arts, a state agency funded by the Commonwealth of Pennsylvania and the National Endowment for the Arts, a federal agency, and through the generous support and partnership of the franklin institute. 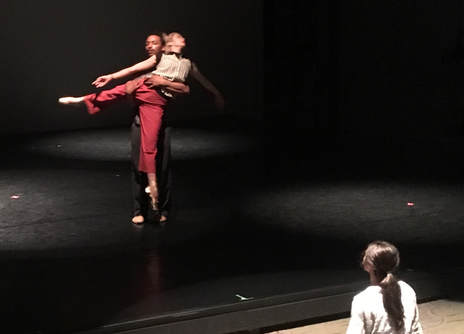 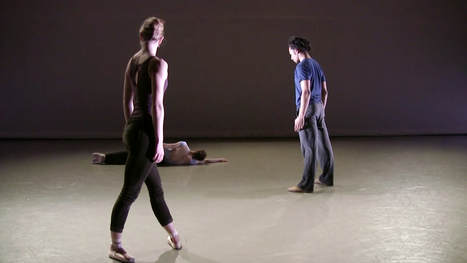 This work was made with support from  Drexel University and the collaboration with Dr. Leslie Lamberson's Dynamic Multifunctional Materials Laboratory, the Pennsylvania Council on the Arts, a state agency funded by the Commonwealth of Pennsylvania and the National Endowment for the Arts, a federal agency. Additional support was provided by PECO, An Exelon Company. This work was created (in part) during a residency at Kaatsbaan International Dance Center in Tivoli, New York. Marketing and PR support provided in partnership with The Philadelphia Science Festival & The Franklin Institute And, of course, many thanks to our individual supporters. 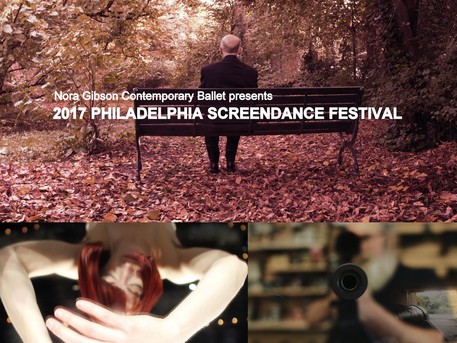 Announcing the 2nd season of the PSF! MARCH 3-4, 2017 to take place in the newly renovated Performance Garage, a 120 seat theater in the Fairmount neighborhood of Philadelphia. Click here for full details about this event. 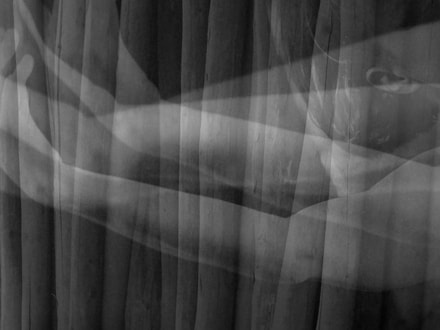 THE MOST ARTIFICIAL THING: This 2-year project begins this summer at Diepenheim Werkplaats Residency in The Netherlands. Gibson and Dutch lighting designer, Katinka Marac will be in residence this August to begin research that will ultimately have different manifestations - from installation to live performance. The first work in progress showing will take place August 13, 2016 at  Theater Herberg de Pol. The themes running through this project are Object Oriented Ontology, The Anthropocene, Gardens, and Time. Future exhibitions and performances TBA. 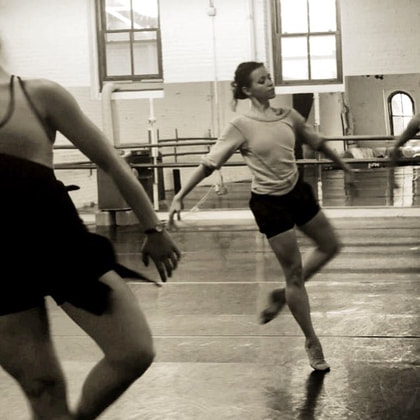 Class taught by NG & members of NGCB alternately during the week. We'd love to take class with you!

A HUGE THANK YOU to the Philadelphia Cultural Fund for their support of NGCB this year! We're proud to be a first-time grant recipient! 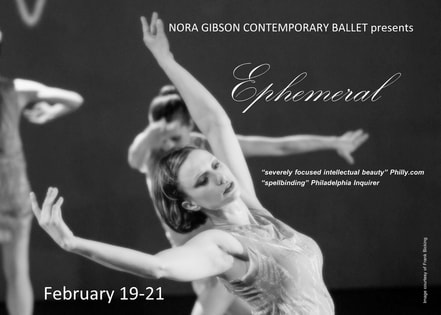 a work about Time for dance, light, and environmental sound score

Note from the choreographer:
Ephemeral is a full-evening ballet that is inspired by life cycles, seasons, and our relationship to Time. The development of this piece itself, had overlapping cycles. A few years ago, I had the opportunity to do some experimental research with Dutch lighting artist, Katinka Marac, which planted the seed, so to speak, for a continuing interest in questions relating to duration, our own perception of time, and the often powerful physicality that light and color contribute to these perceptions. Meanwhile, as those conversations between Marc and I continued, composer and longtime collaborator, Michael McDermott was developing his work with "sonic photography," capturing field recordings of the natural world, and contracting and expanding the experience of hearing the world around us. A residency with Marac allowed she and I to go deeper into our research, and invited a convergence of voices on this treatment of nature and Time: a lighting score of cyclical and temporal states, a sound score encompassing both the earthly and planetary, and a choreographic score reflecting the rhythmic identity of the seasons, while acknowledging Time as a limited commodity. The ballet is constructed in 11 parts. It stuck with me that Vivaldi's "The Four Seasons," a work I listened to daily for a few months at one point during the year Ephemeral was made, was able to describe with such particularity, though abstractly, both the details and essence of each season, all the while with such creativity in the compositional structure. The resultant work, Ephemeral, is my own attempt to find my Four Seasons in the choreography/structure: to find a rhythmic identity and mode to each section, to think imagistically, and to incorporate the life cycles or patterns within nature.  I am grateful to have collaborators with strong parallel visions that push me to make better work. I am also grateful for the dancers, who came to rehearsal ready to build new synaptic pathways, and who are themselves the embodiment of all that is beautiful and inimitable in this world. 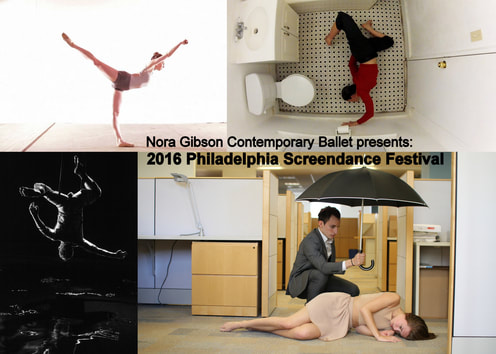 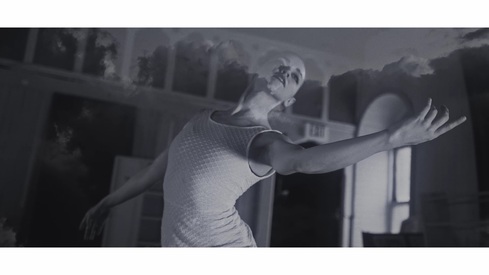 Dark White, a film directed and edited by Transfixion Films, featuring the choreography and dancers of NGCB, has been chosen for screening in the 2015 Triskelion Arts Dance Film Lab festival on Thursday, June 4, 2015, in the Muriel Schulman Theater. This year’s Dance Film Lab will feature an exciting line-up of 28 innovative films. Tickets are available here:  dfl2015.brownpapertickets.com

THANK YOU ALL FOR A SUCCESSFUL HOME SEASON! NGCB PERFORMED BEFORE A COMPLETELY SOLD OUT HOUSE! 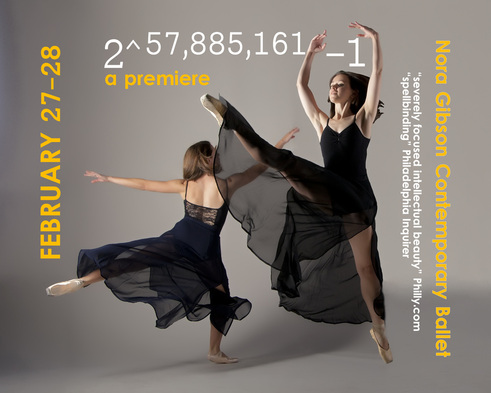 NGCB will premiere 2^57,885,161 -1, in concert on a split bill with neo-classical choreographer Bryan Koulman (NYC). There will be live music all evening featuring electronic music composer, Mikronesia, who will be performing his original score, as well as classical musicians to accompany Mr. Koulman's repertory.

2^57,885,161 - 1 was made possible through the support of the Andrew W. Mellon Foundation's funding of the Choreographers on Campus Initiative at Lafayette College.